Big idea
According to a mouse study that I and my neuroscience lab recently published in Science, blocking immune system molecules that accumulate after traumatic brain injury can significantly reduce the harmful effects of the injury.

The cortex, the part of the brain involved in thinking, memory and language, is often the main site of head injuries because it lies directly beneath the skull. However, we found that another area near the center of the brain that regulates sleep and attention, the thalamus, was even more damaged than the cortex months after the injury.

This may be due to elevated levels of a molecule called C1q, which triggers a part of the immune system called the classical complement pathway. The pathway plays a key role in rapidly clearing pathogens and dead cells from the body and helps control inflammatory immune responses.
C1q plays both beneficial and harmful roles in the brain. On the one hand, the accumulation of C1q in the brain can trigger the abnormal elimination of synapses (structures that allow neurons to communicate with each other) and lead to neurodegenerative diseases. On the other hand, C1q is also involved in normal brain development and protects the central nervous system from infection. 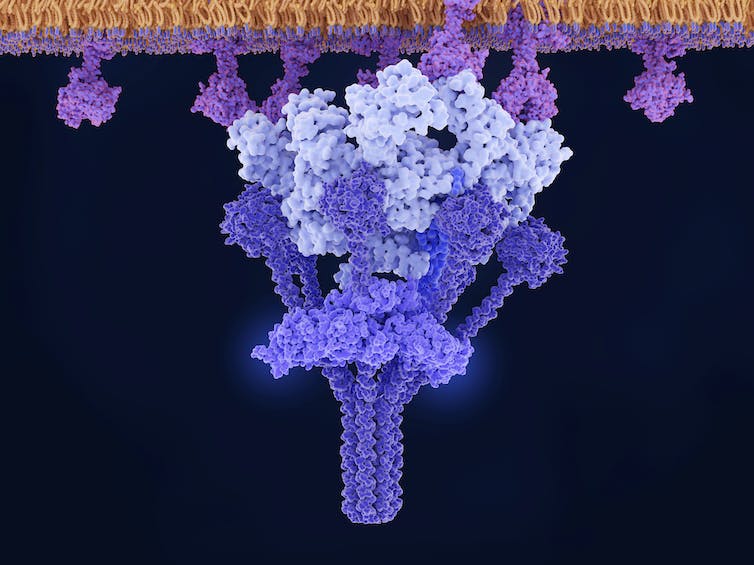 In the case of traumatic brain injury, we found that C1q lingered in the thalamus at abnormally high levels for months after the initial injury and was associated with inflammation, brain circuit dysfunction, and neuronal death. This suggests that higher levels of C1q in the thalamus may contribute to several long-term effects of TBI, such as sleep disruption and seizures.

However, C1q does offer some protection to the brain during traumatic injury. When we used genetically engineered mice that lacked C1q at the time of trauma, the brain damage looked much more severe. This suggests that C1q may be important in preventing cell death when damage occurs.

We worked with scientists from Annexon Biosciences, a biopharmaceutical company, to see if we could avoid the harmful effects of C1q without losing its protective effect. We found that treatment of mice with antibodies that block C1q 24 hours after brain injury prevented harmful effects such as chronic inflammation and loss of thalamic neurons. In addition, antibody treatment helps restore disrupted sleep spindles — these are normal brain rhythms during early sleep that are important for memory consolidation. It can also prevent the development of seizures or abnormal fluctuations in brain activity that can disrupt cognition and behavior.
Why it matters
Traumatic brain injury can happen to anyone. It affects 69 million people worldwide each year and is a leading cause of disability in children and adults. However, there are currently no treatments available to prevent the long-term disabilities that can result from TBI, such as seizures, disrupted sleep and sensory processing difficulties.

We suggest that targeting C1q after brain injury may have a protective effect and help prevent some of the damaging consequences. Our research also answers some of the big questions in the field about where and how the brain changes after trauma, and which changes actually cause defects.

What don’t you know
It is not known whether blocking C1q can also prevent seizures that occur after severe traumatic brain injury. Researchers are looking for biomarkers that will help identify people at high risk for epilepsy, and are working to understand the basic mechanisms from traumatic brain injury to epilepsy. There is currently no cure for post-traumatic epilepsy.

What’s next
My lab will continue to work to expand our understanding of what happens in the brain after injury. Next, we wanted to focus on whether we could target C1q to prevent convulsive seizures that are often reported in patients with severe traumatic brain injury.

C1q inhibitors are currently in clinical trials to treat an autoimmune disorder called Guillain-Barre syndrome. This could help speed the development of treatments for patients with traumatic brain injury.