On March 6, 2020, universities across the United States announced systematic lab closures, social distancing policies, and travel bans in response to the growing coronavirus epidemic. These actions, though prudent and necessary, have had a direct negative impact on scientific scholarship in the United States and around the world.

We are a group of researchers who study the role of science and technology in society. We are also part of a multi-university collaboration called SciOPS, which aims to improve the way scientists communicate with the public. As the pandemic spread, researchers began telling us about the work stoppages, data loss and other difficulties they were experiencing. We think this is important information, so we conducted two surveys to understand how the pandemic is affecting researchers.

The pandemic’s difficulties for academia are widespread and enduring, but our analysis suggests that women and early career scientists face more negative impacts than other groups. These differences can exacerbate gaps that already exist and can alter career trajectories. Negative results are likely to persist beyond the end of the pandemic. 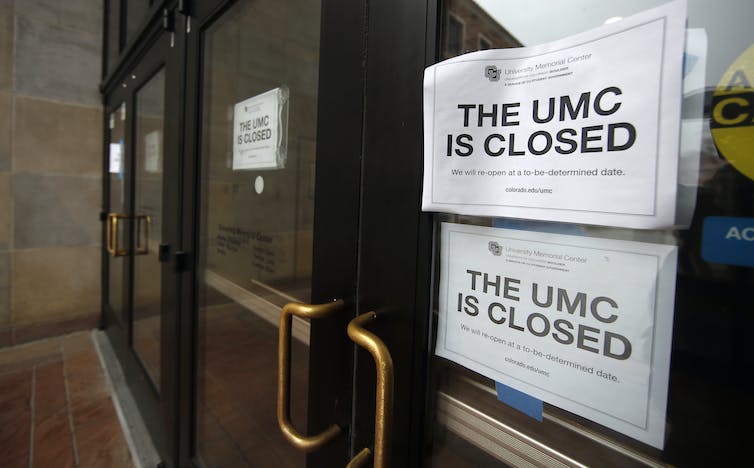 Researchers investigate
The SciOPS team conducted the first COVID-19 survey in May 2020 and followed it up a year later in May 2021. For each survey, we invited biology, engineering, and biochemistry faculty members from a random sample of 21 U.S. research universities to participate in the study, and about 300 scientists responded each time. Through a series of multiple-choice and open-ended questions, the survey asked researchers how they had been affected professionally and personally by the pandemic.
How is coronavirus disrupting science
Our first survey found that disruption at work and home had a negative impact on the research activities of the vast majority of responding scientists.

In terms of research, 93 percent of respondents had experienced university closures and 88 percent had faced disruption to lab work. More than 80 per cent dealt with conference cancellations and travel restrictions. Some researchers have also had to quickly adapt to financial issues, which, along with other obstacles, have led many scientists to delay data collection, request time line extensions or end data collection early.

Domestic challenges also affect the work of scientists. About 80 percent of respondents said they were unable to focus on research activities, 72 percent were anxious about contracting COVID-19 and 36 percent had to take on unexpected childcare responsibilities.

A year later, not much has changed, according to the May 2021 survey. Responses were almost identical: 92 percent of scientists reported difficulties with the university closure, 89 percent experienced disruptions in lab work, and 84 percent had interrupted their research in the past year due to disruptions in collaboration.

The problems at home were almost the same as the year before. The only major difference was that 11 percent of respondents said they should deal with an illness in a family member, up from just 3 percent in 2020.

Inevitably, these stressors all took their toll on the well-being of the researchers. Nearly 60 percent said their overall mental health and happiness had declined as a result of the pandemic. That’s higher than a study by the Centers for Disease Control and Prevention, which found that 40 percent of the U.S. public faced mental health issues in June 2021. As one researcher said, our study reiterated what many others had said: the lockdown affected every researcher in my lab, including myself. It has been more disruptive than anything else we’ve experienced and has led to a huge loss of productivity.”

Younger and female researchers face more difficulties
Some scientists feel the added stress of a lack of boundaries between home and work more acutely than others. Women and early career teachers were most affected by the unexpected growth in parenting and virtual schooling.

In our 2020 survey, 34 percent of female scientists reported disruptions due to unexpected parenting responsibilities, compared to 21 percent of men. Early career teachers are also struggling. Some 43 per cent of assistant professors said unexpected childcare responsibilities caused a major disruption to their research, 30 per cent more than their most senior colleagues. Overall, nearly 50 percent of female respondents and assistant professors said they were unable to focus on research activities, compared with 29 percent of male colleagues and 36 percent of senior colleagues.
The burden of these inequalities has barely changed from 2020 to 2021. If anything, the problem for women scientists has gotten worse. Many reported other unexpected complications, such as managing the mental health of other family members, divorce and limited space in their homes. 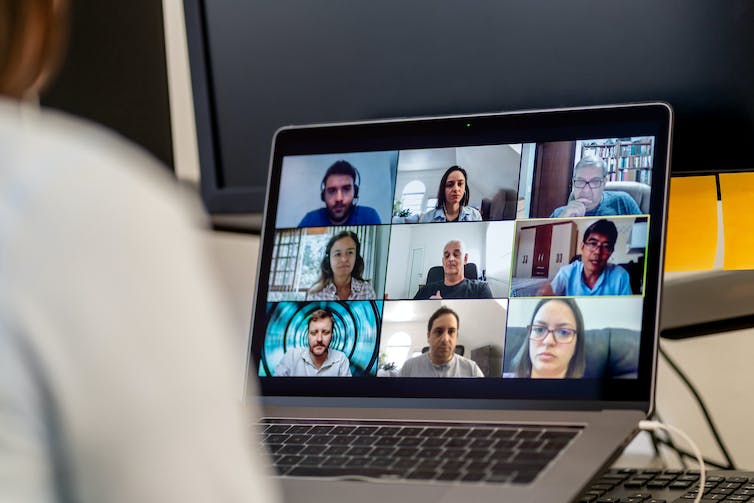 Given the additional burdens faced by young and female researchers, it is not surprising that their work has suffered. Other studies have shown that women scientists spend significantly less time doing research during the pandemic. Person Y didn’t finish on time, so they submitted fewer manuscripts compared to pre-pandemic levels.

Unsurprisingly, these productivity effects were more severe for women with children. Studies have shown that family disruptions cascade over time and lead to delayed promotions and tenure. Even before COVID-19, working mothers in academia were leaving their fields at a much higher rate than their male colleagues, a trend amplified by the pandemic.
Adapting to the new World
There is no doubt that the epidemic has had a devastating impact on academic research and those engaged in it. But hidden in the gloom of our investigation are some bright spots that highlight the resilience of the scientific community.

In our 2020 survey, 37 percent of scientists said they had developed new research topics to pursue, and 22 percent had developed new collaborations. Virtual meetings have proved to be a valuable transition for some. As one researcher notes, “New remote collaborations have been initiated and maintained between four LABS in the United States through regular video conference discussions. This was never envisaged before the Zoom era.”

The pandemic has highlighted problems in the science, but it also offers lessons worth learning. Many in academia want to avoid deepening existing inequalities in the scientific workforce, and research has outlined ways to do this. By implementing programs such as tenure extension, advocating for affordable child care, and allocating funds to support early career women researchers, the scientific community can provide broader participation, capacity, and productivity for all scientists.

Going forward, we believe it is critical for universities and research funders to respond positively to the ongoing challenges posed by the pandemic, particularly for women and early career teachers. With so much change, there’s an opportunity to change and improve systems that didn’t work for so many people before the pandemic.